It is late(ish) here, and I am beat. (Spending all day on your feet will do that to you!) Nevertheless, I’ll do my best to write up an account of today before I zonk.

This morning, we had plans to get up early and head to Old San Juan, the historical center of the city. After a liiiiittle bit later of a start than we intended (whoops, forgot to set any alarms!), we took a taxi over and started our day.

First up was El Paseo de La Princesa, a beautiful walkway to the sea. 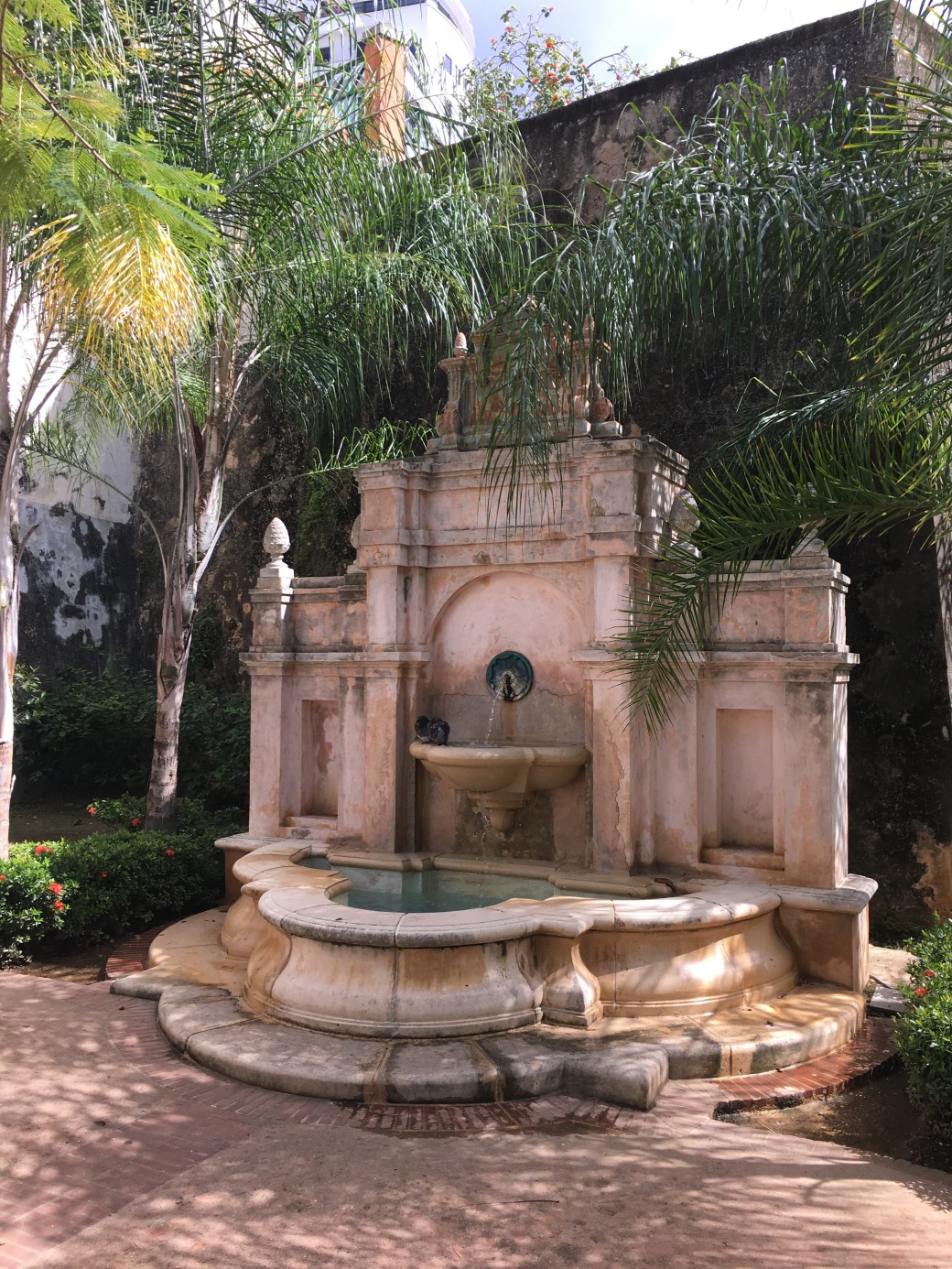 I made a friend: 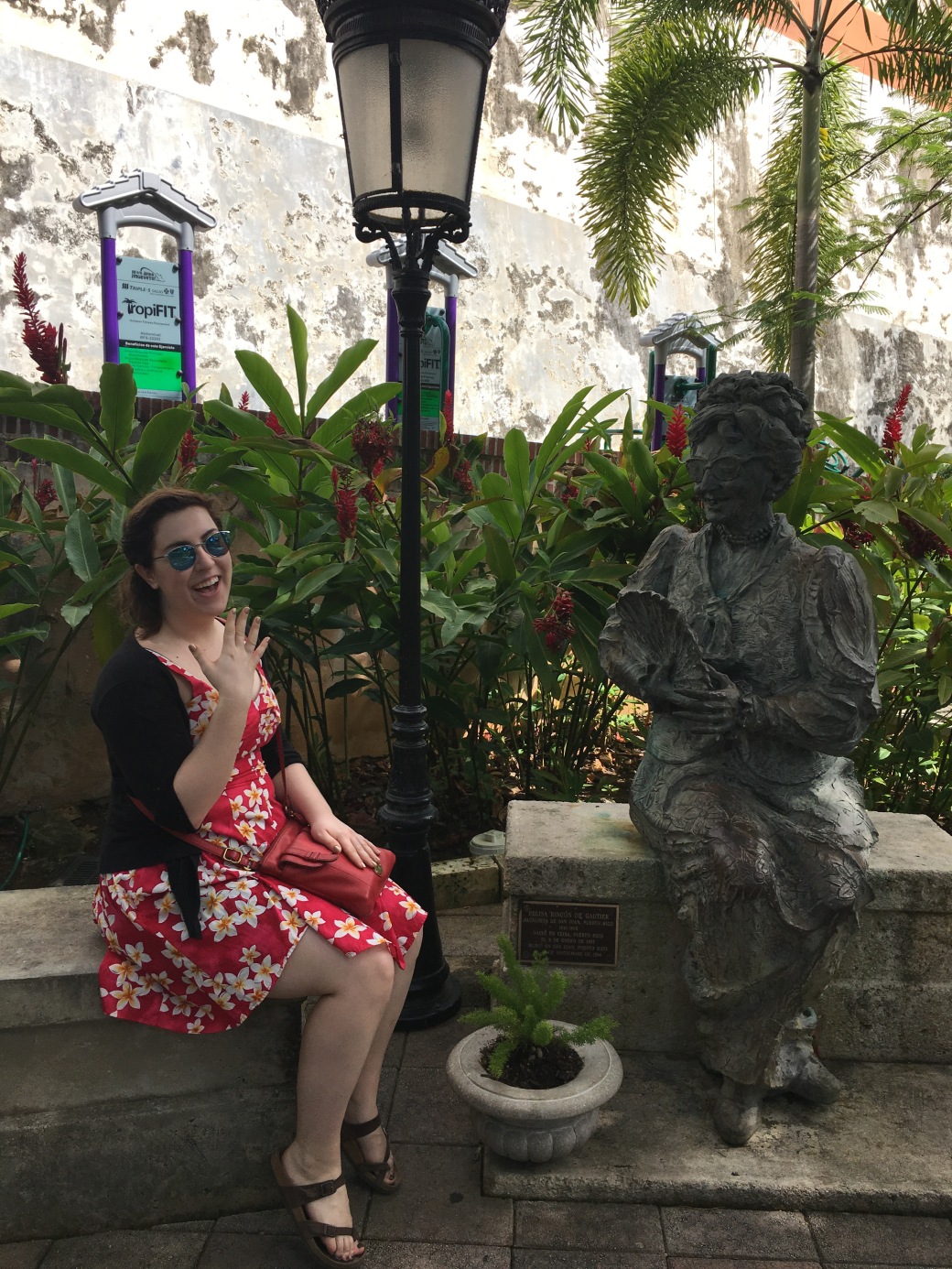 And we worked our way down the road to the Raíces fountain.

Guys, it was almost too pretty to look at. 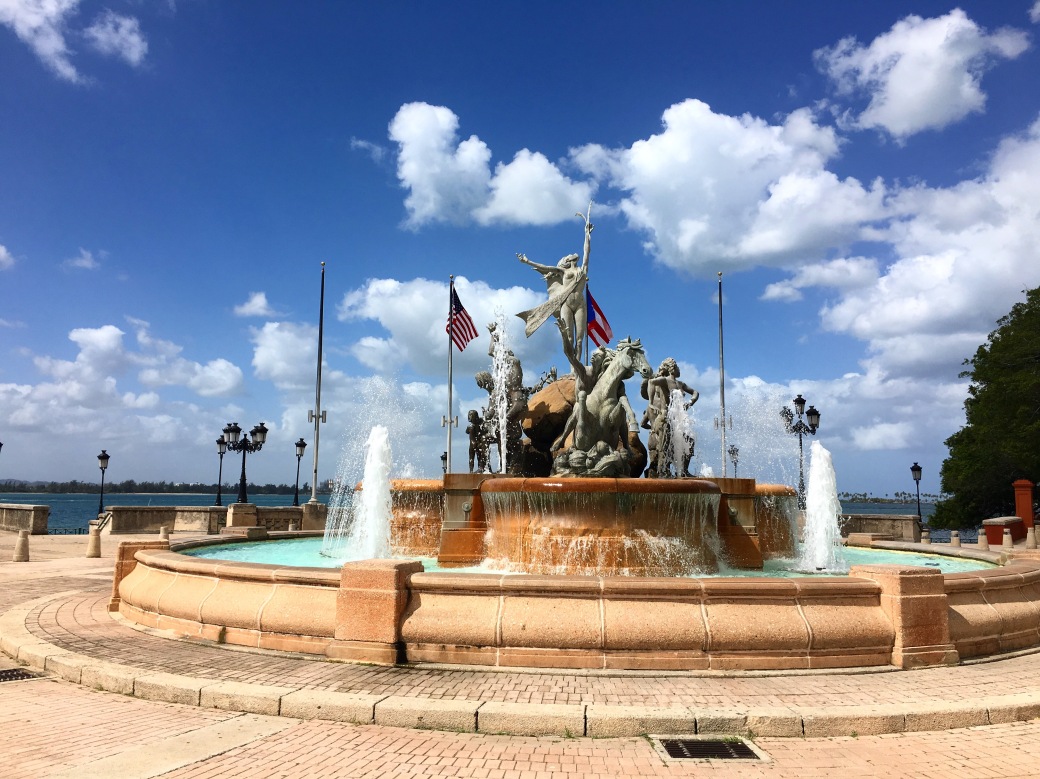 We kept strolling past there, and began to follow the fort walls on a beautiful promenade around the bay.

Along the way, we dipped into the city gates (the last one still standing of the original 5!) and saw a bit of the city itself: 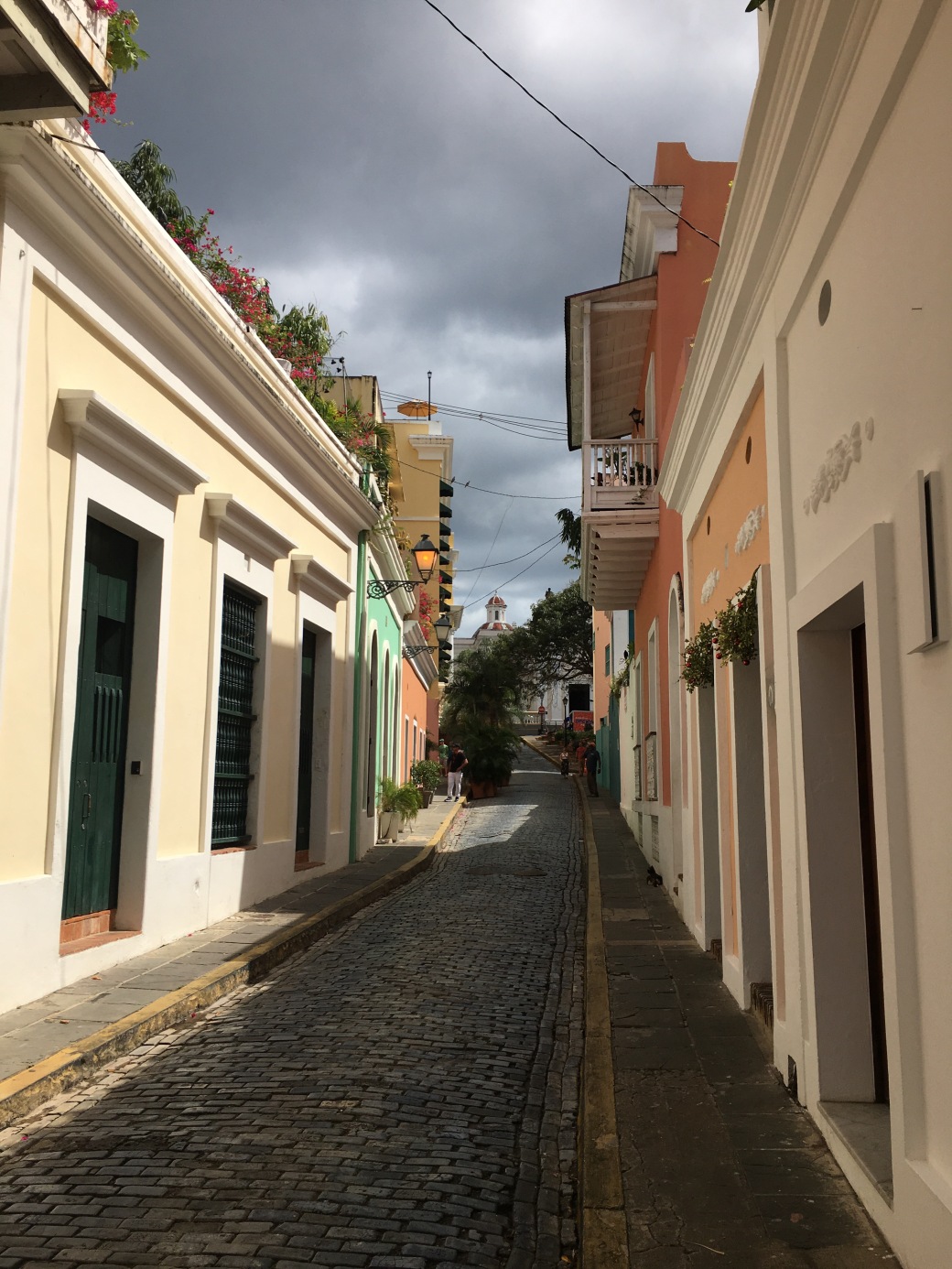 We strolled past a dilapidated old building with a boarded up door. Luckily, though, a few of the boards had fallen, and I got this picture: 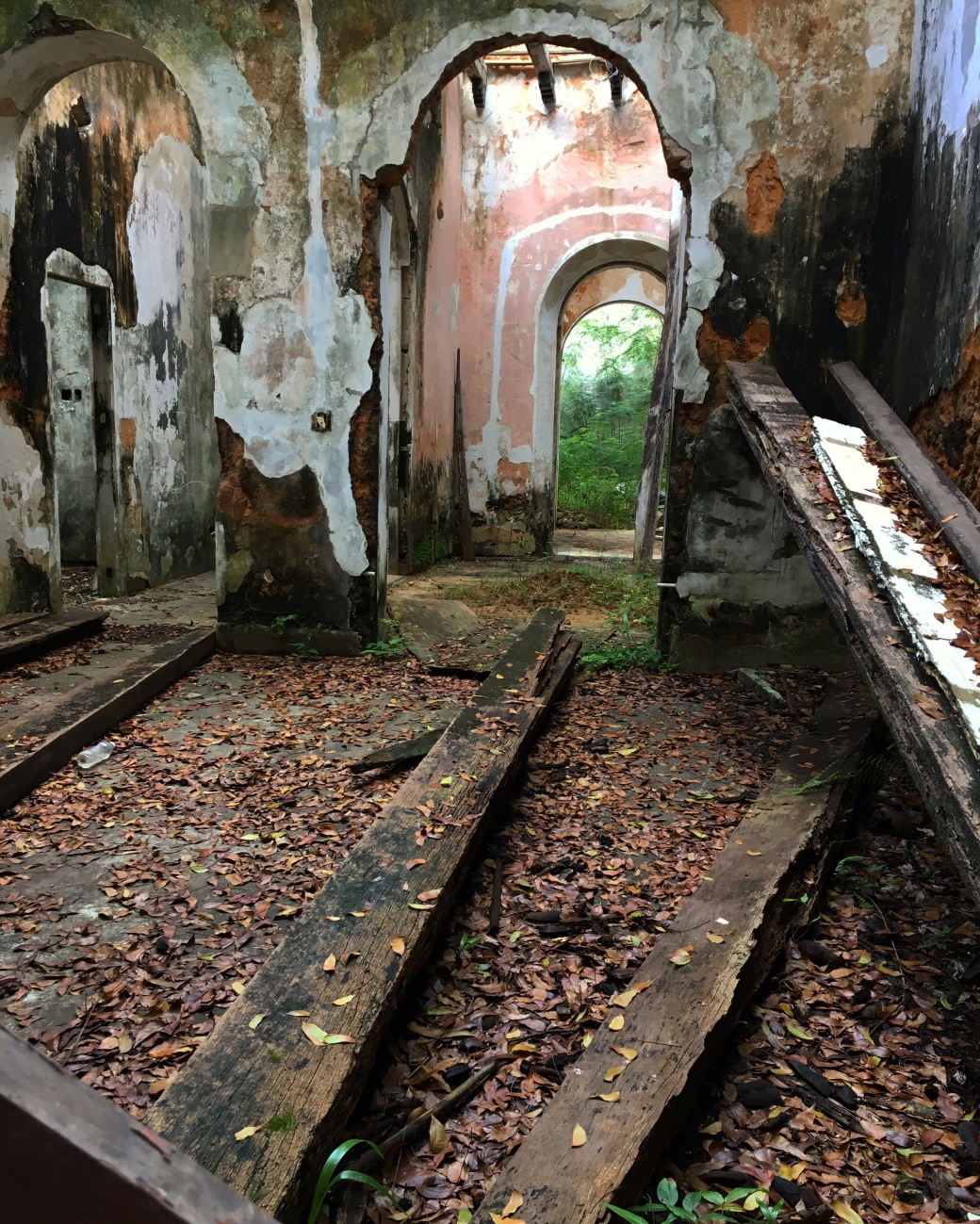 Doesn’t it make you just want to buy it, just so you can fix it all up and turn it into a hotel? UGH. (So if anyone has a few million lying around… you know where to find me for a cool investment opportunity. 😜)

From there, we kept going on the Paseo El Morro until we got to THE FORT. And of course, the view from the fort was unparalleled. 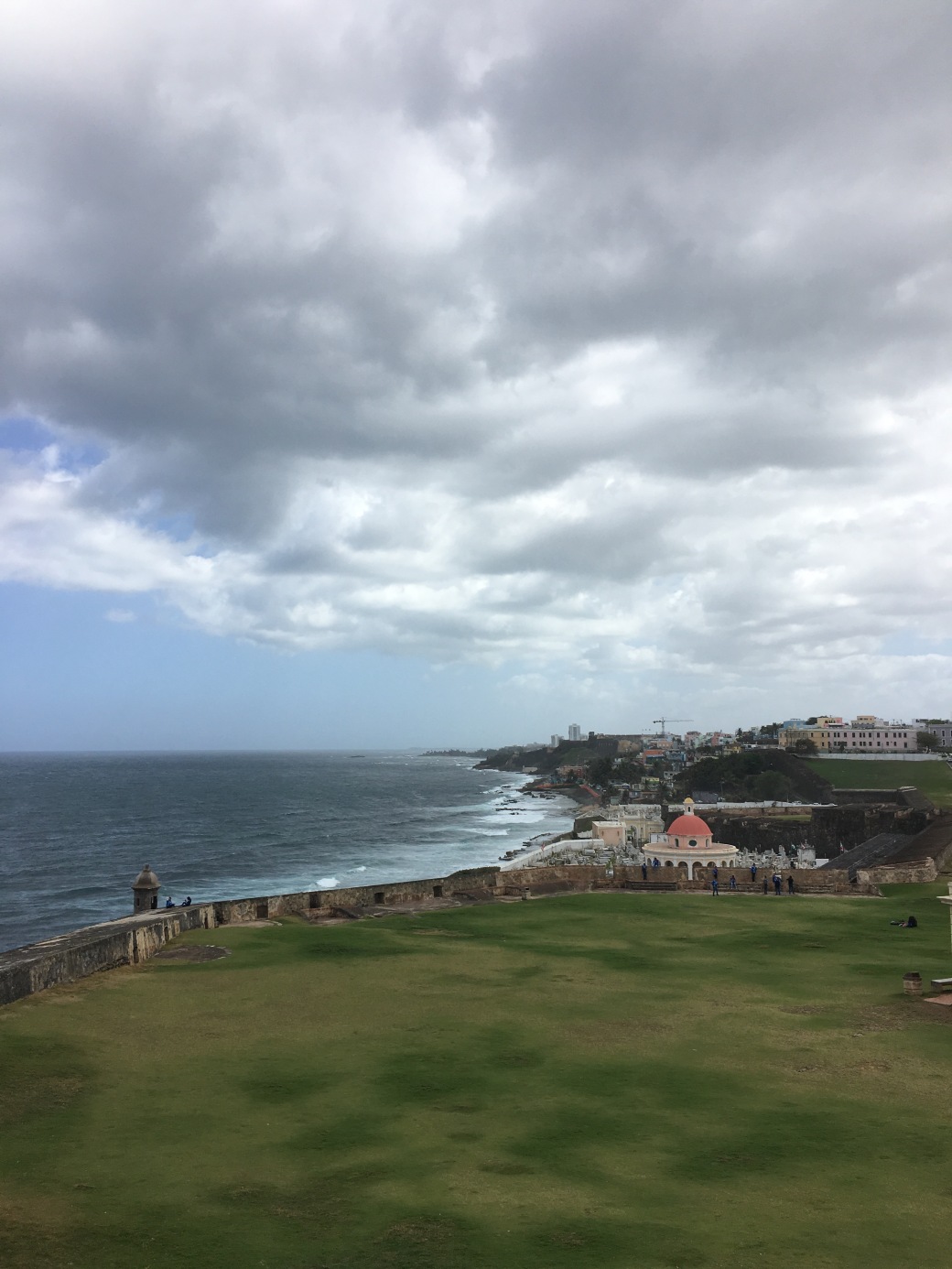 Tired and a little sore by then, we found our way to St. Germain, a small restaurant we’d read about in the guidebook.

Shortly thereafter, we hopped in ANOTHER taxi to take us to our tour of Casa Bacardí, the rum factory! 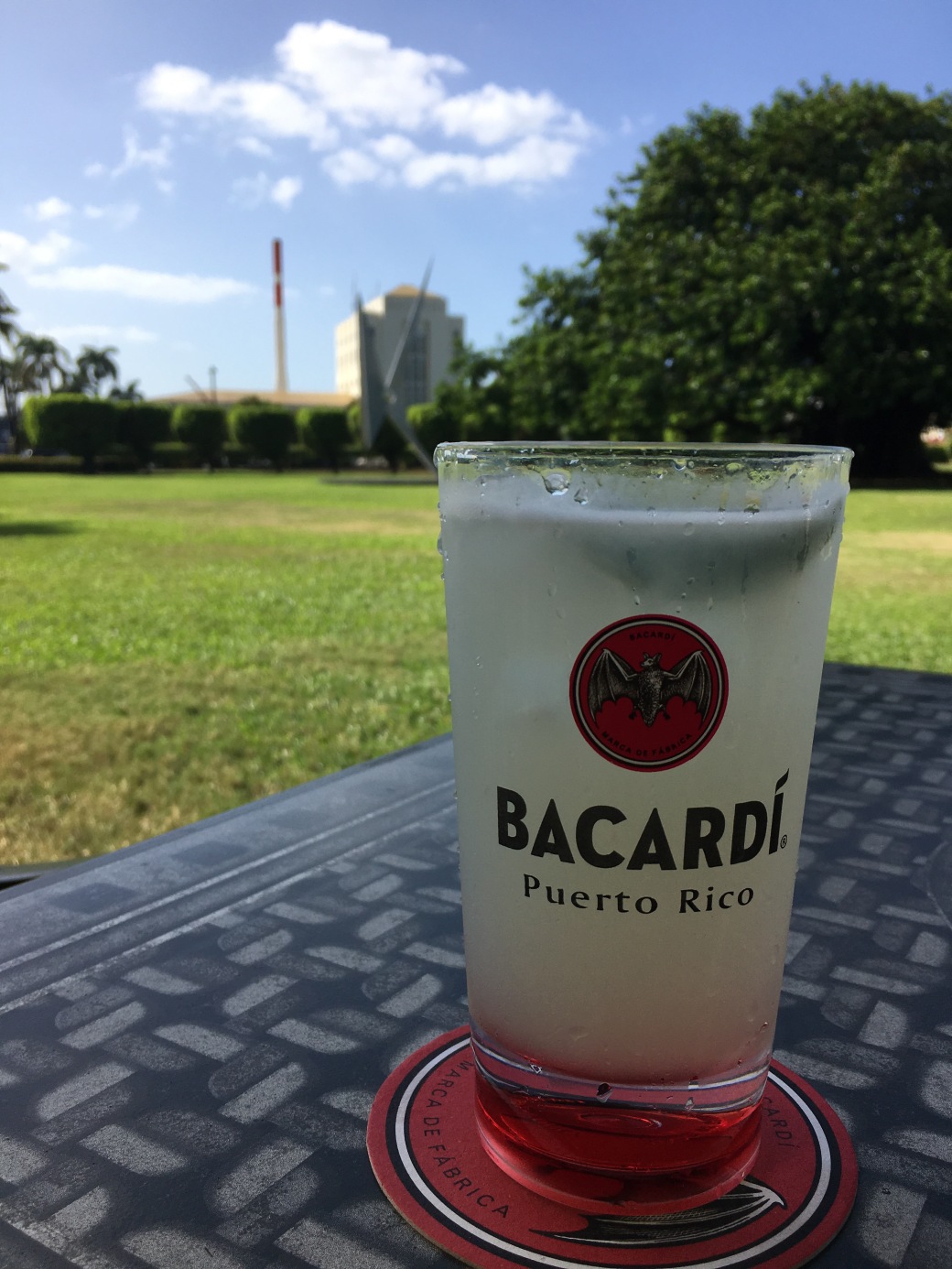 Though the tour was a little foolish (we went on the “historical tour,” which was essentially 30 minutes of Bacardi talking about how its founders were such geniuses), it was #worthit, if only for the included-with-price-of-admission cocktail and commemorative cup.

From there, we headed back into Old San Juan, where we explored the OTHER fort — Castillo San Cristobal. The views from here were just spectacular. Unlike El Morro, which we did earlier in the day, this fort allowed us to see panoramic views of the whole city. And plus, we learned that the fort was used as recently as WWII! 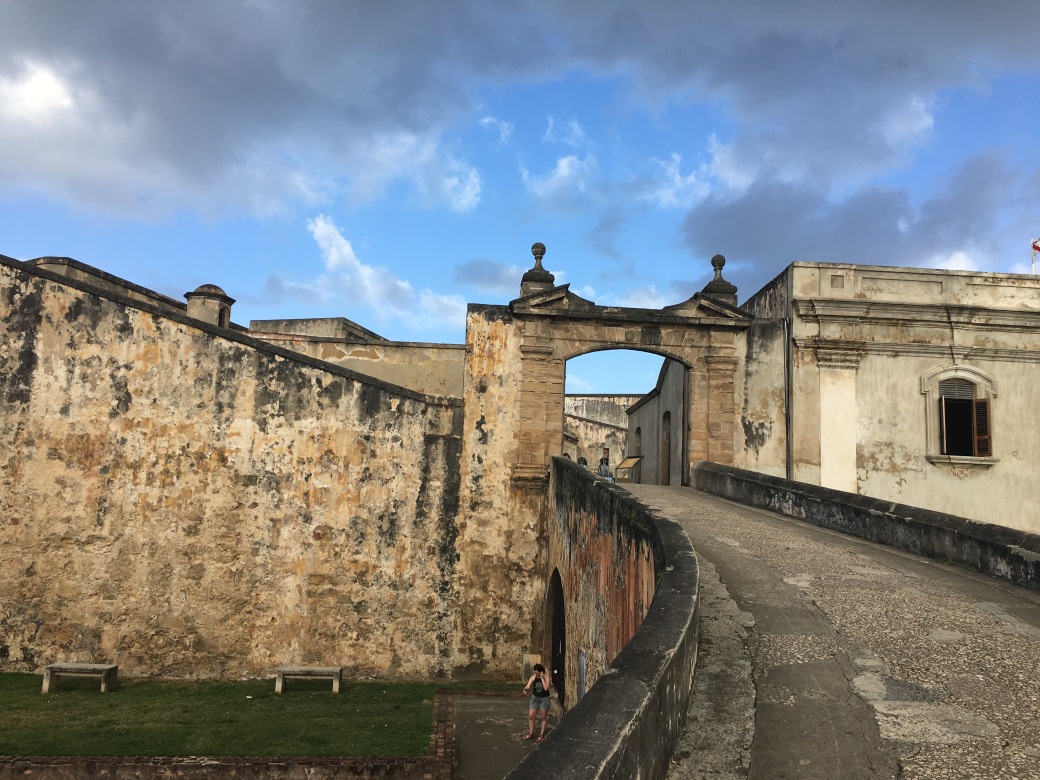 Check out this view:

If you’d believe it, after that it was time to eat again. (All this eating! It’s almost like we need it to live!)

We strolled back to a nearby plaza, where we found a nice restaurant and made ourselves comfortable as the sun set.

(He’s not picking his nose… just an unfortunate placement of his finger. I mean… Bobby! Stop picking your nose!)

After night fell and we finished our meal, we headed back to Paseo de la Princesa for one last nighttime look. 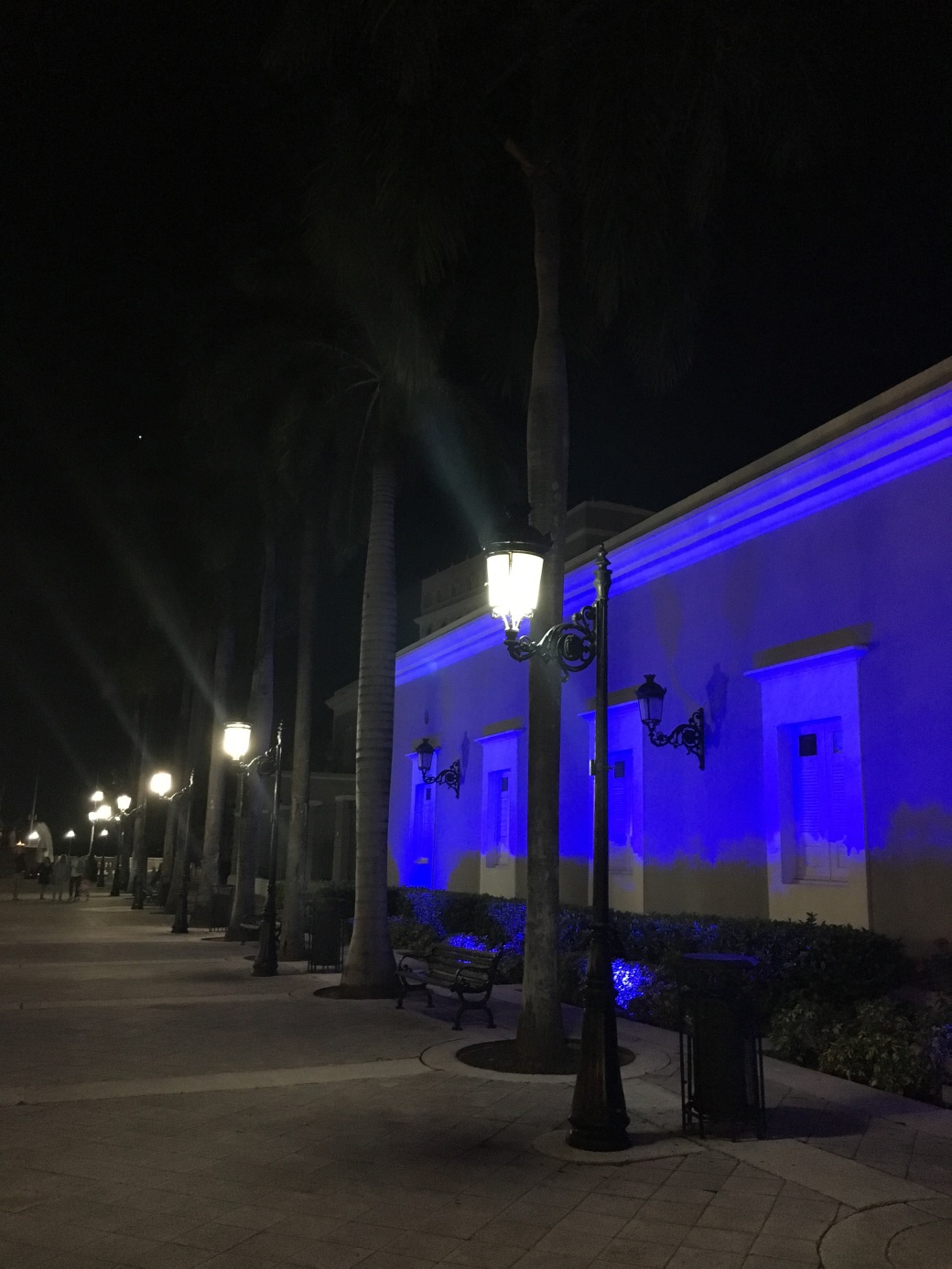 And now, it’s time for bed!

Tomorrow will be our last day in Puerto Rico (😭😭😭), so I’m not sure what the day will hold. Perhaps beach all day long? Maybe a bit of that rooftop pool? Maybe a street fair? ONLY TIME WILL TELL.