You’ve heard me say it before: I’m a big fan of spring.

And that’s not to say I don’t love other seasons, too. In fact, stick around and you’re liable to read plenty of rants (or even video posts) about my passion for weather in general. Cold and snowy? ALL RIGHT. Hot and muggy? MY FAVE. Sunny and breezy? NOW WE’RE TALKIN’. Chilly and cloudy? WHAT A GOOD DAY.

And actually, it was the latter that Boyfriend Bobby and I were greeted with, this past weekend while on a day trip out of D.C. and into Charlottesville. My friend Lizzie, a part-time bread baker and a part-time wilderness firefighter (yes, there are people who are JUST that cool) is currently living the baker life in ole C’ville, and before she hitches up her wagon and heads west, we drove the 2.5 hours down to see her and explore the area.

(For those of you who don’t know—as I didn’t, until just the other day—Charlottesville is appropriately shortened to C’ville. Not sure if it’s pronounced like See-ville or Seville, but the linguist in me is thrilled regardless.)

Our first stop on Saturday was to Ash Lawn-Highland, the estate of James Monroe (the fourth president). Lizzie had heard there was a sheep shearing contest there, and we were NOT going to miss something that fun.

Once we arrived, however, we were disappointed to learn that the alleged contest was not to be. HOWEVER, we managed still to catch a bit of the action, and saw an expert shear a sheep from full-fluff down to nearly-bald. 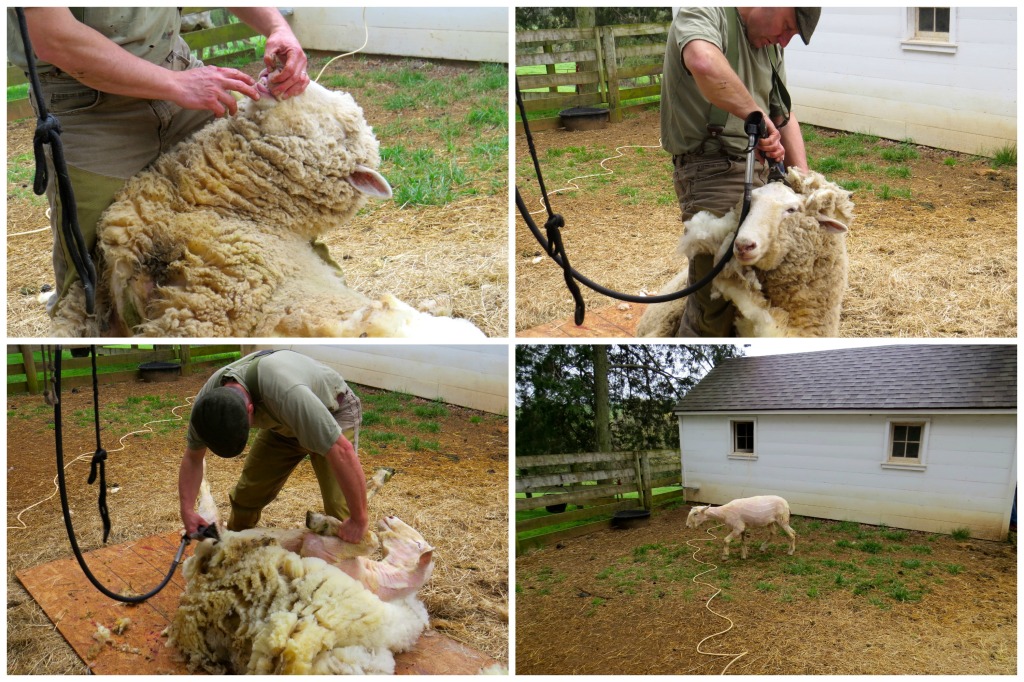 What a little guy! He was so quiet during the shearing. I felt like he should have gotten some sort of treat after such an aggressive haircut.

Besides the sheep shearing, we also took in the grounds (with the garden, above!), and wandered right over to some cows, laying out in the field. We also had a run-in with some chickens, and (!!!) a beautiful male peacock. 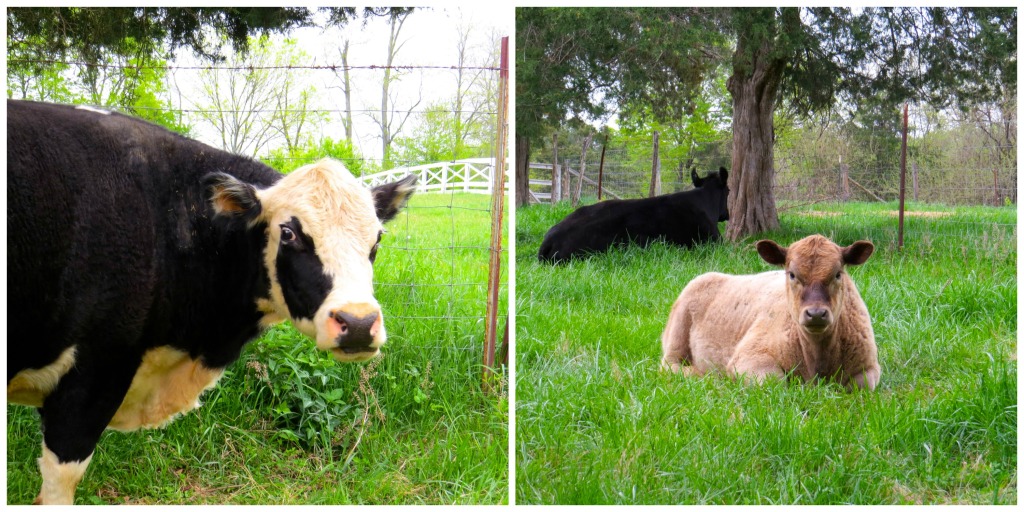 If you’ve got an afternoon to spare, DEFINITELY do consider stopping by the grounds.

After that, we hit up a soul food diner in town, and then wandered over to Lizzie’s work, where we got the full back-of-house bakery tour.

If I could live in a bakery…. 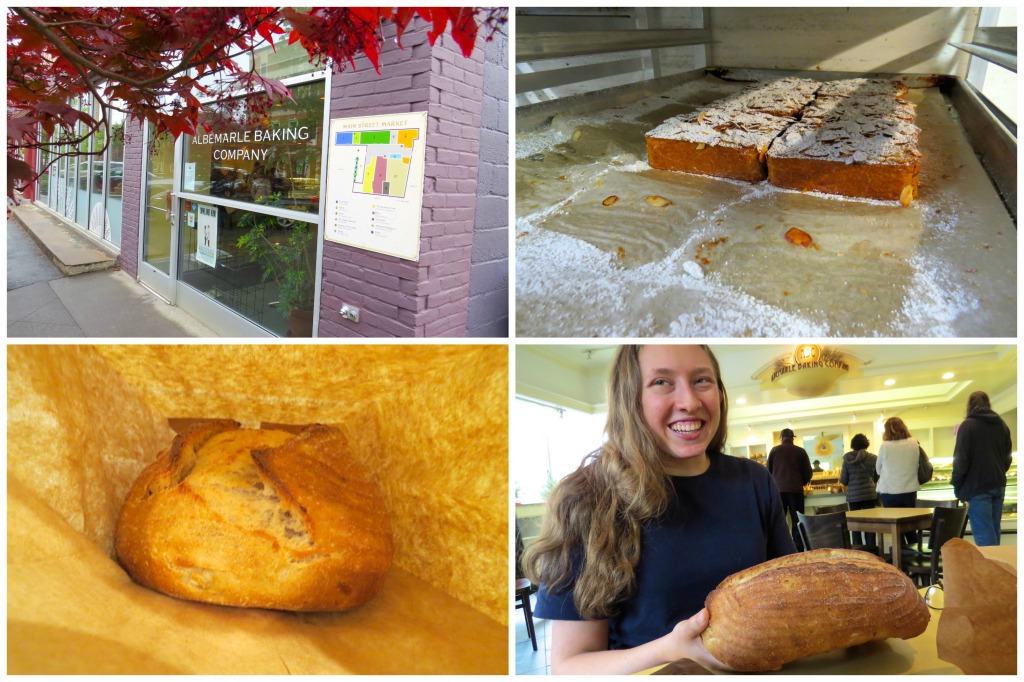 Lizzie treated us to a loaf of bread she had made the night before (apple cider– YUM), and a piece of the bakery’s famous princess cake. I didn’t think I liked marzipan until I tried this cake. (10/10, would eat again.)

The rest of the afternoon was spent on Charlottesville’s downtown mall, a pedestrian-only walkway, which boasts at least THREE used bookstores. Lizzie showed us her favorite (Daedalus Bookstore, just down a side street off the main drag), and we spent at least an hour inching our way around the store, finding new loves and old friends in the myriad pages.

Bookstores are good for the soul.

I made it out of the bookstore with TWO hardback books: a beautiful illustrated copy of Don Quixote (in English), and a new-to-me book called Zuleika Dobson, written in 1911 and illustrated in much the same way as the old Madeline books were. 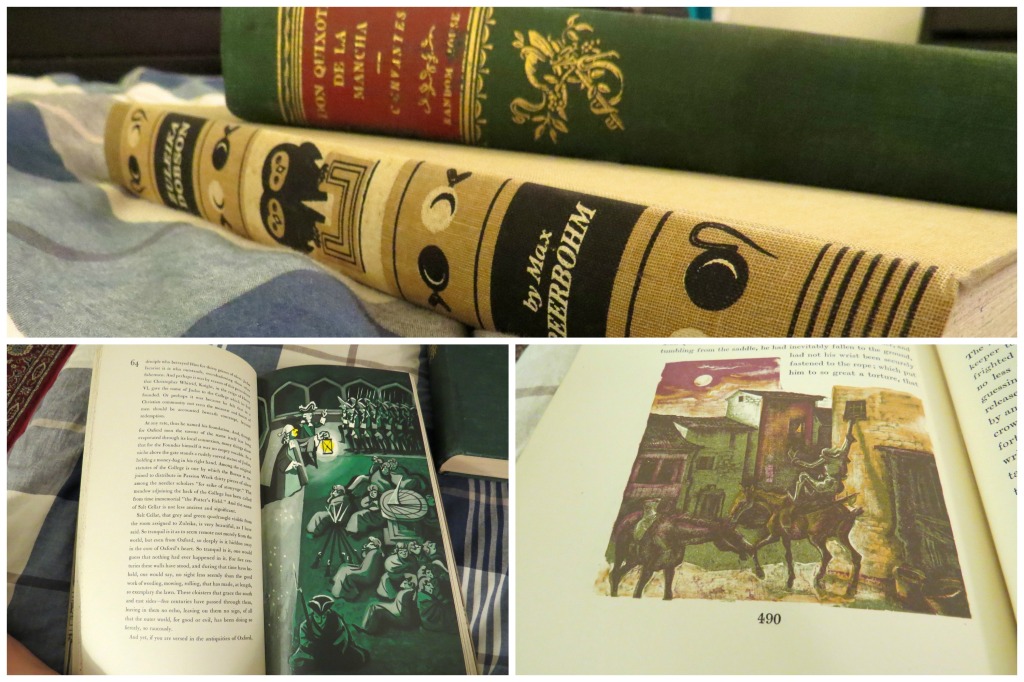 After that, there was time for some homemade pizza back with Lizzie before Bobby and I hit the trail.

Sad to have seen Lizzie for just a short time, but so thrilled for her summer and fall out west on the fire crew. (What a cool thing, to have a friend who’s a wilderness firefighter!)

And now it’s back to D.C. for another week at the grind. But this weekend is the DERBY! (Kentuckians around the world rejoiced.)