Have you ever gotten the chance to watch a cricket game?

This weekend, I was back in Philly, attending a reunion for my boyfriend Bobby’s college cricket team. I knew when I was in school that it was hilarious to be dating a cricket player, but I’d forgotten just HOW silly it really is.

I wish I could give you a succinct description of cricket, but I’m still woefully ignorant of gameplay. All I know is that there’s wickets, there’s a giant club mallet kind of thing, and that the balls hurt if they hit you. And that it’s really fun to watch.

Oh, and it’s just a beautiful game—especially on a bright sunny day, when the uniforms (I think they’re called “whites”) match the clouds, and the sky looks painted blue. That’s how it looked this Saturday, during the cricket match, and I was able to catch a few snapshots on the new camera. 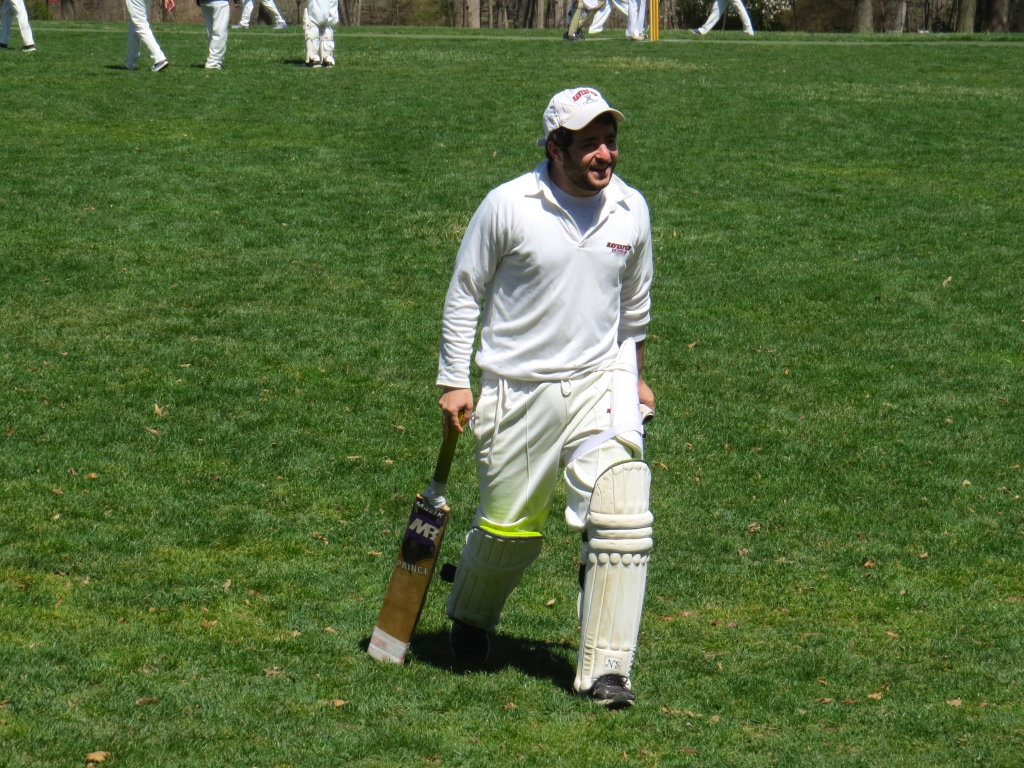 I should also note that the cricketers (cricketeers? cricket-masters? crickets?) were so polite and allowed me to be incredibly creepy with my camera as they played. Dang, what a funny game.